Hey everyone.
We have launched international cross-server. There is still much to be done and fixed, but the main thing is that we have finally brought entire Fragoria together. Which is exremely fun!
Some things we can already say about it.
First of all many of you ask when will experience become available at new maps for 70+ levels. We can’t say certain date so far, but if definitely will. Some of you were disappointed by such a decision, but the thing is that you don’t get that much experience from a monster while there are a lot of people willing to get it. Which means that experience giving monsters will become a point of permanent war, like it was about bears in Northern Mountains long time ago. And that was one of the best places in Fragoria. That’s the idea behind it, and mathematically you can’t expect lots of level 92 characters in Fragoria any soon.
The next big thing can’t be announced in details so far, but hey, having new level of cross-server reqiures new level of a weekly game to define the best ones in Fragoria… If you know what I mean.

In general we are very happy about it — and so, we hope, are you.
We also know that there is place for disappointment at the moment because of severe lags. And here is what we need to say here. We’ve made quite a lot of attempts to fix it in past and success was temporary at best. So this time we will make it in a completely different way. Lags are something that is very hard to define source of, and that’s our biggest problem — in most cases we can only guess. So instead of fixing our guesses and being completely blind we are simultaneously collecting all possible information from you and adding a complete and powerful tracking system to our servers, which will allow us to the the reason of everything. In general — it’s useless to fix appearance of the thing until we are sure about it’s performance. But it will not take long and we are working on tracking system in emergency mode. Lags must beware!

Thank you for your patience and have fun! 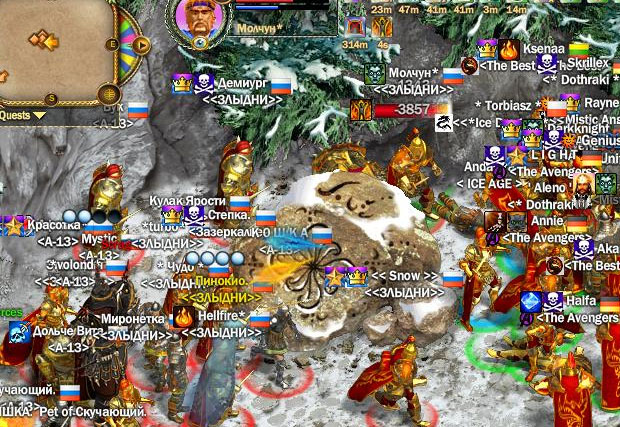